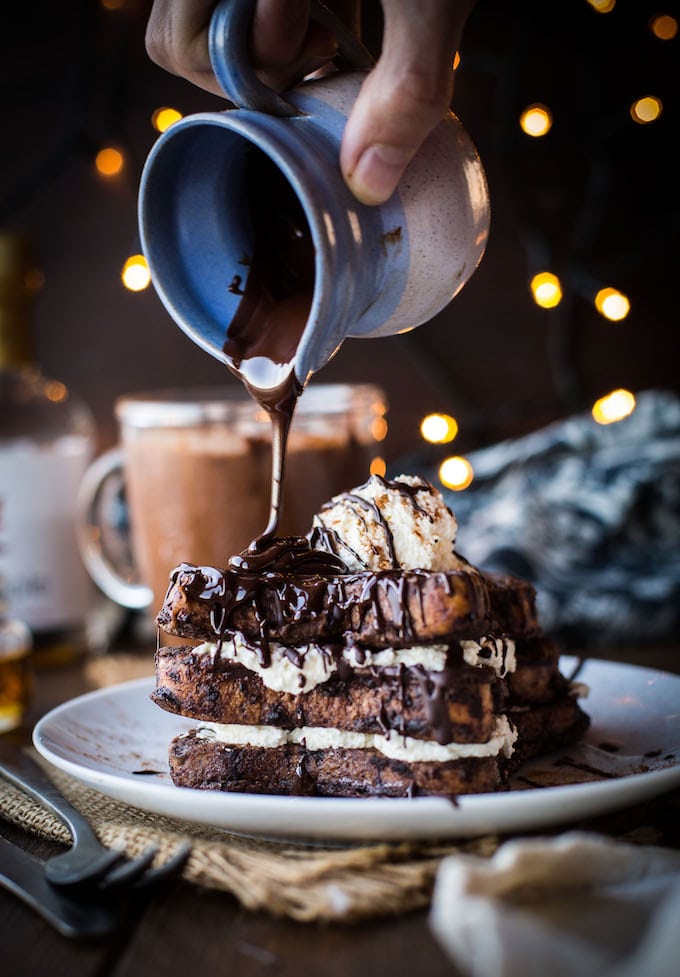 Is that a glorious sounding mouthful or what?

✔️ Decadent? Absolutely
✔️Easy? – Much easier than it looks
✔️Good for you? Probably just for the soul
✔️Trashy? In the best possible way. I mean honestly – that chocolate in this pic above is waaay too much and I love it.
✔️Worth every bite? Absolutely 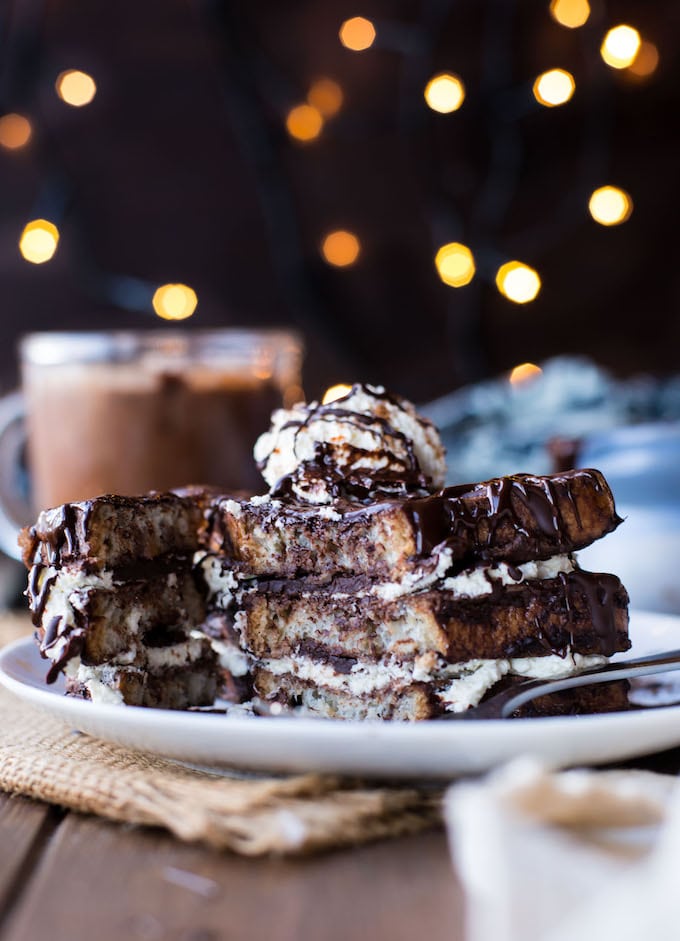 Ever since Mike & I got back from Arizona I’ve been in the mood for making extra decadent Christmassy things. It’s been so cold, and grey with snow and all over the place. The snow I don’t mind; it’s the ice that I take issue with.

I just want to sit down wrapped up in a big blanket on the couch with my man, a cup of hot chocolate, sweet treats, and watch cheesy Christmas films. I mean…there has to be some sort of incentive for putting up with the bitter, cold weather.

So I’ll thank my Christmas cravings for this delicious monstrosity. While this is definitely not something I’ll be indulging in year round it’s kind of perfect right now.  I’ve said it before and I will continue saying it util the end of time – calories don’t count at Christmas! 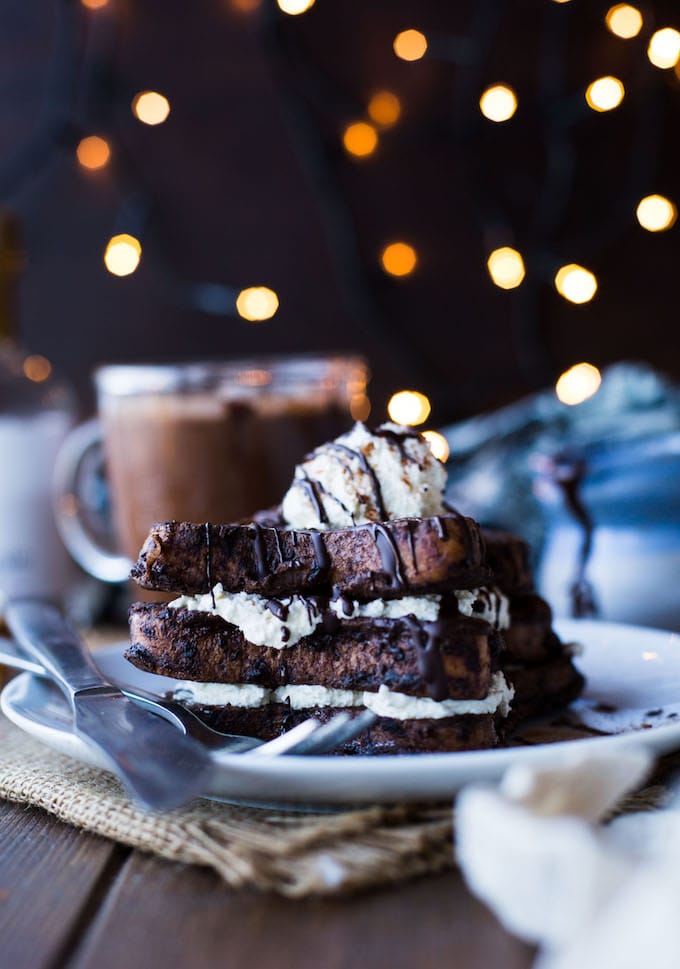 Speaking of films – what’s your favourite movie to watch during the holidays? We’ve already watched Elf and caught bits of Jingle all the Way on tv. Later today we’re going to make a gingerbread house and watch Jumangi but I need more film ideas!

Don’t forget to #asaucykitchen on instagram if you try this Dairy Free Stuffed Hot Chocolate French Toast!  I’d love to see what you make with it!  You can also post your pictures to my facebook page!

If you don't mind getting an extra bowl dirty I find it easier to whisk together the french toast mix in a regular mixing bowl to prevent spilling over the edges and then pouring it into a shallow dish for dipping the bread.

You can easily make coconut whipped cream out of full fat coconut milk. This works best with cold milk so you may want to pop a can in the fridge or freezer an hour or two before using.

Scoop out the solid coconut cream at the top of the can (leave behind the liquid) and beat with an electric mixer until it fluffs up. You can also buy cans of coconut cream which saves you the trouble of needing to separate it from the coconut milk. Note if you're buying it in the UK that 'coconut cream' is different from 'creamed coconut'.