END_OF_DOCUMENT_TOKEN_TO_BE_REPLACED

Deliciously gooey Gluten Free Cinnamon Rolls – made with a blend of chickpea and tapioca flour. Ready in under an hour! Grain Free + Vegan 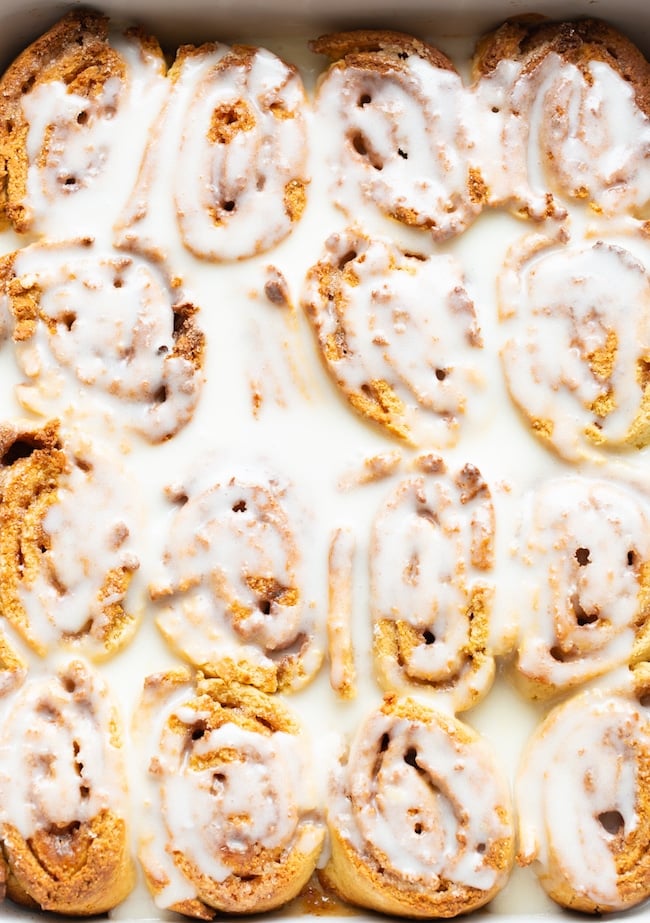 This recipe took A LOT of work to get right. I feel like I’ve been working on these on and off for the past year trying to  nail. I’ve eaten such a ridiculous amount of cinnamon rolls now it’s amazing I haven’t lost my taste for them. And yet – no matter how many times I made these I still have to stop myself from going back for my.

These babies have taken me long enough to get right so let’s just get right into it already! 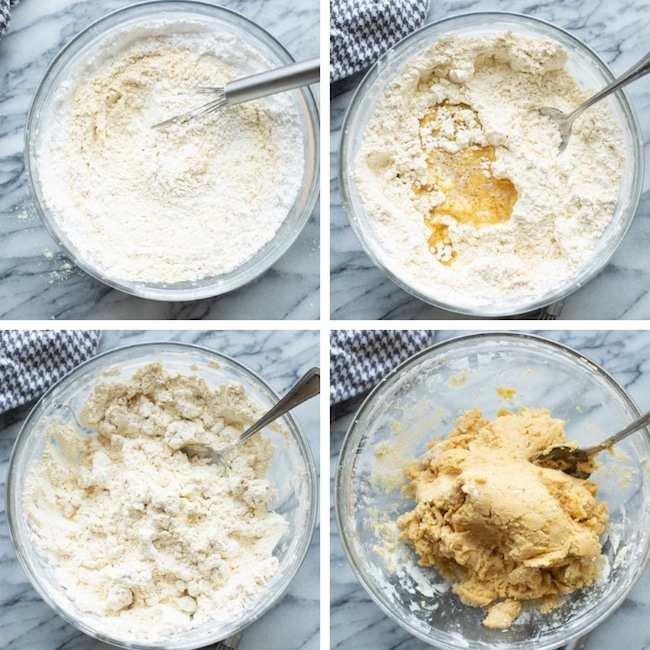 Altogether these cinnamon rolls come together with just 10 ingredients and can be made within the hour without too much work going into it. It might look a little intimidating at first glance with the yeast and dough rolling, but it’s really not to hard when you get at it.

First things first: activate the yeast. Warm up your almond milk – you really want the temperature to be warm and not hot. If the milk is too warm it will kill the yeast and prevent it from activating making it useless. I recommend just popping the milk in the microwave for about 7 seconds and that should be fine. Mix in a pinch of sugar and the active yeast and set aside for a few minutes while the yeast foams up.

In a large mixing bowl whisk together all of your dry ingredients to combine, followed by the melted butter and vanilla extract until a dry, clumpy mixture forms. Stir in the yeast mixture and stir until combined. You’ll end up with a soft dough as seen in the final square in the picture above.

Roll the dough out into a large rectangle on a very large sheet of wax paper. Brush a little melted butter over the surface and sprinkle with a cinnamon sugar mixture. Roll up into a log and then cut into 1 1/2 -2 inch pieces.

The rolls will expand in the oven so make sure to leave room to grow and bake for about 20 minutes! 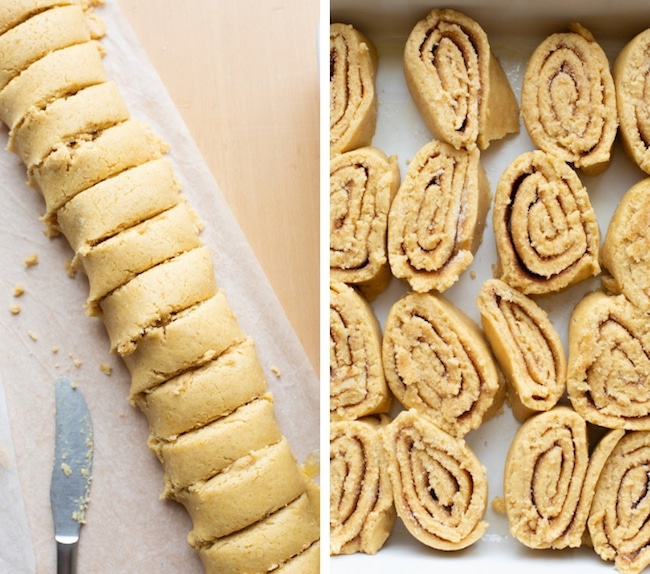 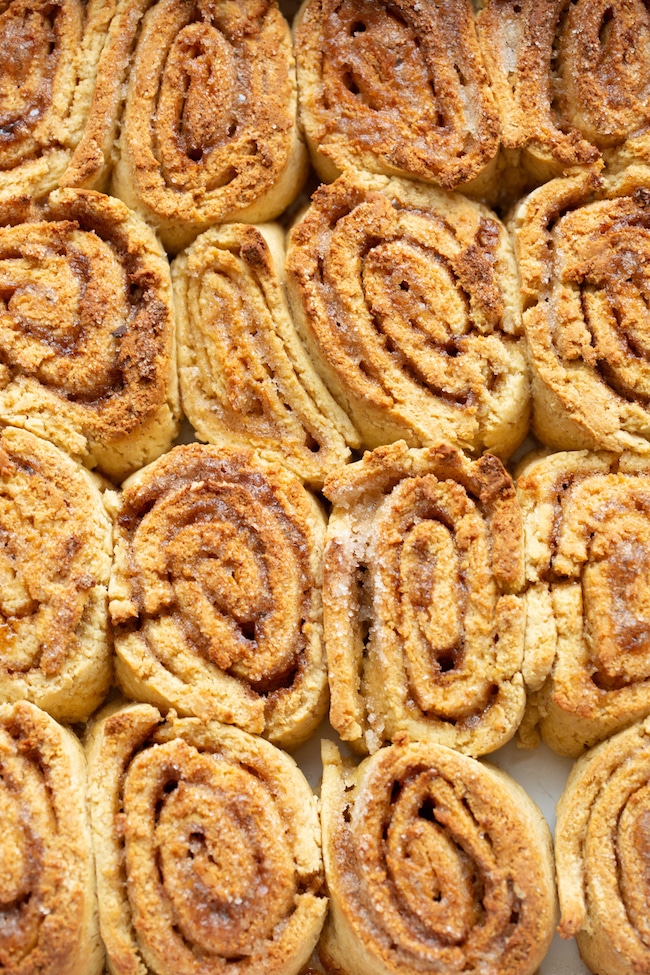 Pull out the cinnamon rolls and let them cool slightly before adding the icing. If you add it too soon it will just melt and disappear into the rolls. While that might be tasty it’s not exactly the look we’re going for here. 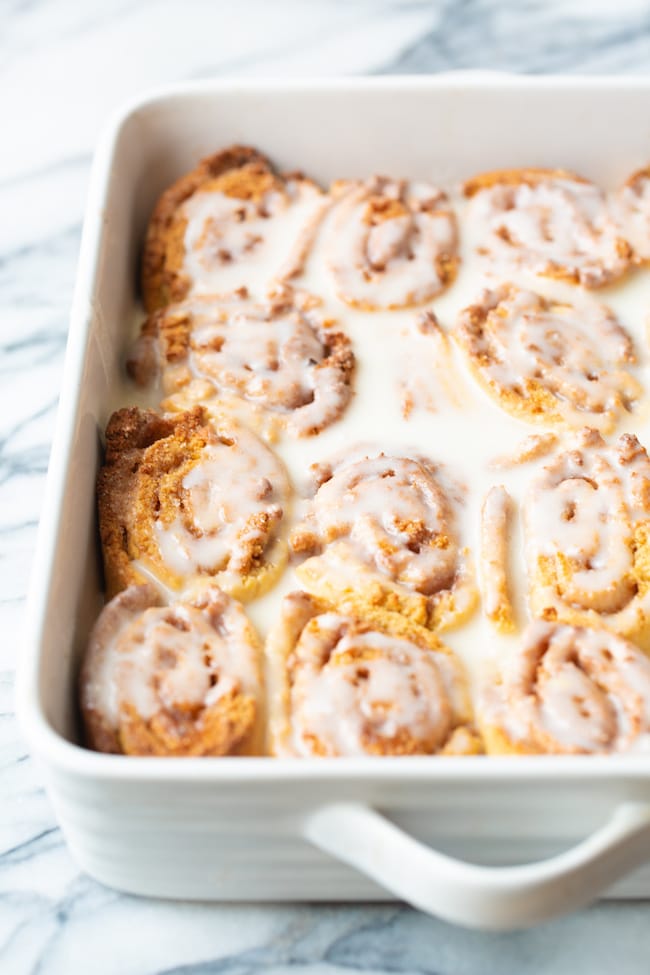 Don’t forget to #asaucykitchen on instagram if you try these Gluten Free Cinnamon Rolls! We love seeing what you make!  You can also post your pictures to my facebook page!

Freshness: These are best enjoyed fresh the day you make them. If you have any leftovers I recommend warming them up in the microwave or on a low heat in the oven before eating them and they'll be good as new!

Storage: Keep these covered at room temperature. They'll keep up to 4 days.

END_OF_DOCUMENT_TOKEN_TO_BE_REPLACED 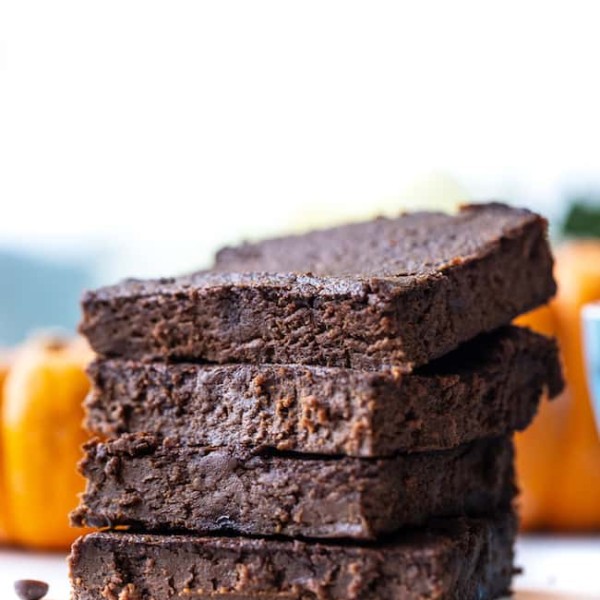 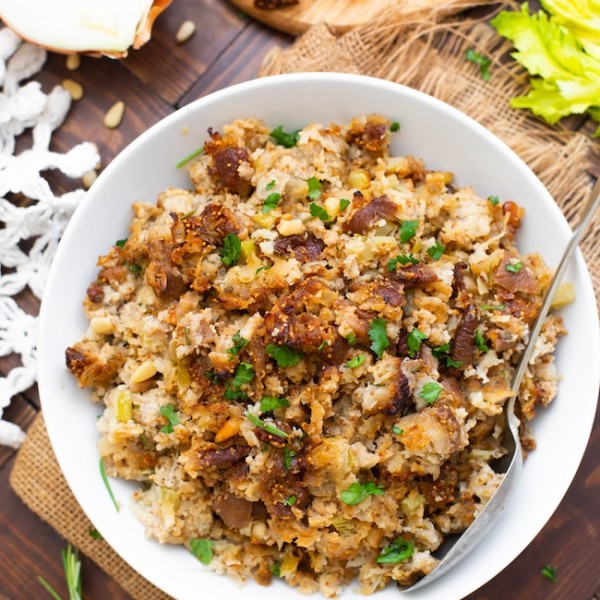