END_OF_DOCUMENT_TOKEN_TO_BE_REPLACED

Sweet and Sour Chicken made healthy with low fodmap, paleo ingredients free of additives and full of flavor. 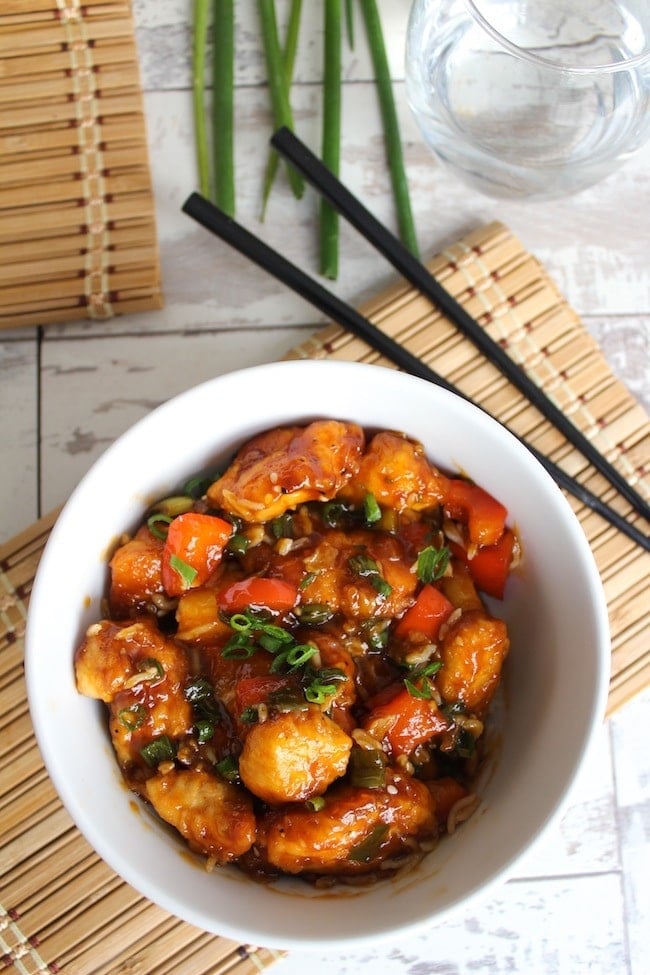 Did you know that it can take up 6 weeks to get over a gluten contamination? Blah.

A couple of weeks ago we had Chinese takeaway (including a killer sweet and sour chicken dish) for the last time for my father-in-laws birthday. We had eaten from this place a couple times before with no major issues that we could remember. I say for the last time because lo and behold – Mike got glutened. <–(that may or may not be a made up word). The day after our meal Mike broke out in a rash that he used to randomly get before being diagnosed with Coeliac Disease. Along with the return of the rash came a return of his old deep muscle aches and a number of other symptoms that used to be written off as side effects of having ME/Chronic Fatigue.

Conveniently, he already had a check up with his gastroenterologist scheduled for a week later. When we described his symptoms his doctor confirmed our suspicion that he was more than likely exposed to cross contamination in the meal and reminded us just how long it could take to get over it. *Sigh*

The thing about healing from Coeliac disease is that a lot of the time it feels like you take 2 steps forward, and 17 steps back. Unless you take food matters into your own hands you leave yourself wide open to cross contamination and further gut damage. Knowing how to cook your own food isn’t just a valuable skill, but a necessity. Basically everything above is just a really long and round about way to say that you should definitely try your hand at making your own food from scratch. 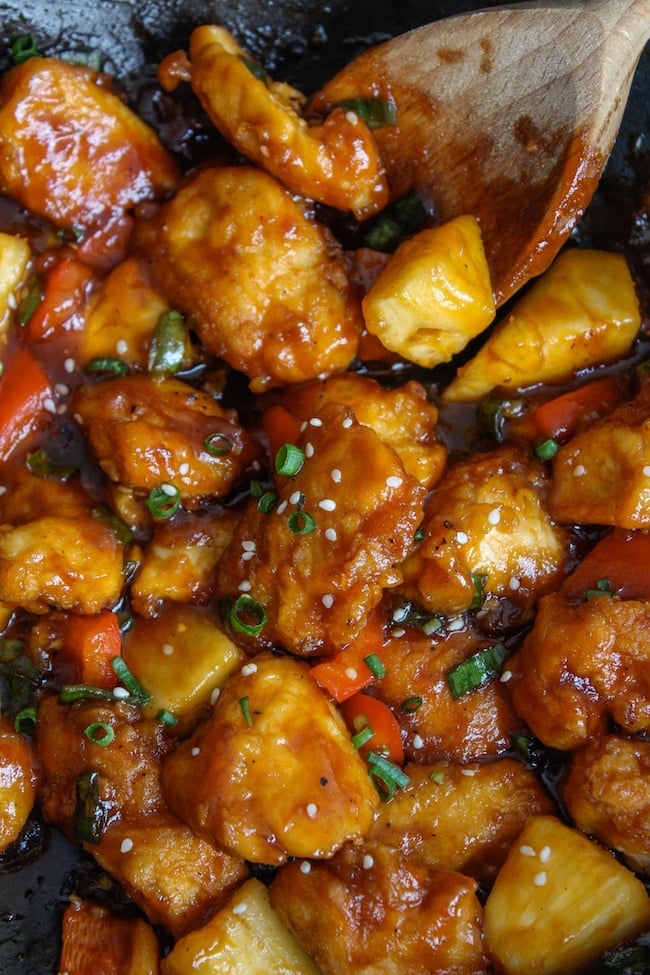 The good news – you can make healthier versions of pretty much anything, and you can even make it ten times better. *Hint* The secret ingredient is love….or salt….whichever. Seriously though, this sweet and sour chicken tastes identical to ones I have ordered in from takeouts and I guarantee it’s a hell of a lot healthier than anything I’d pay for. It took me a few goes to make it right – the first few sauces really took on the sour in sweet and sour. Just…no. I know I nailed this one in the end though because after Mike finished he plate he announced that instead of a cake for his birthday next month, he wants me to recreate his favorite Chinese takeout dishes including this recipe, my Whole 30 Cashew chicken, and a few others.

I adapted this recipe from the Sweet and Sour Chicken recipe from DamnDelicious  to make it Paleo friendly and low FODMAP. I used the Low FODMAP ketchup that I made last week, but you can totally use your own store bought if that’s easier for you. I also used arrowroot starch to batter the chicken, but you can use cornstarch as a cheaper alternative that works just as well. 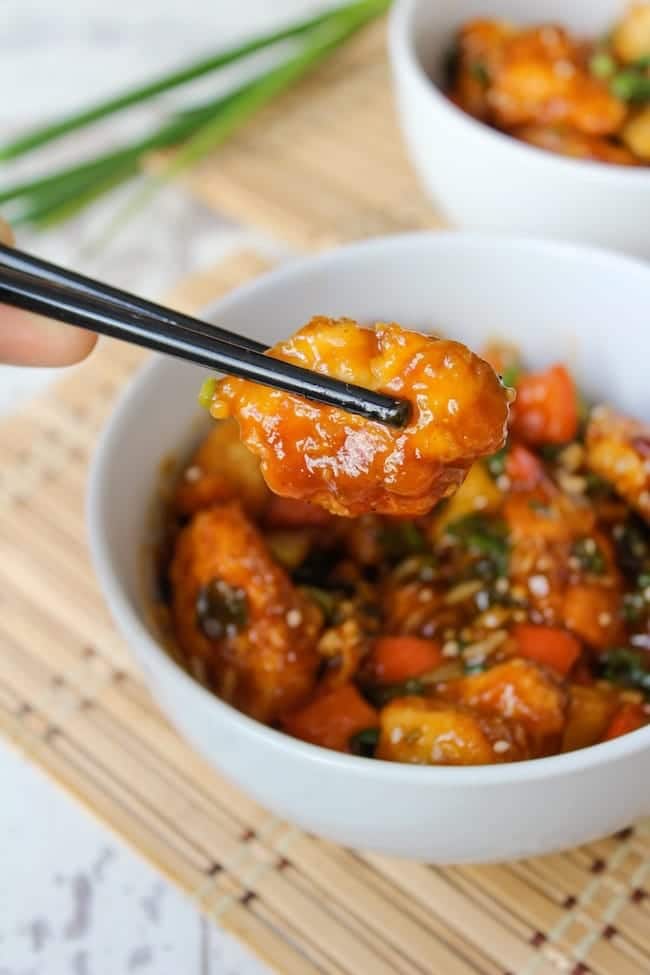 No need to order out with this Sweet and Sour Chicken takeout fake out in all it’s sticky glory. What’s your favourite takeout dish?

Apple cider vinegar is considered low FODMAP under 2 tablespoons, but if you would prefer another alternative just to be on the safe side you can also use white wine or rice vinegar instead

I recommend making your own chicken stock for low FODMAP or using this FODMAP friendly vegetable stock.

END_OF_DOCUMENT_TOKEN_TO_BE_REPLACED 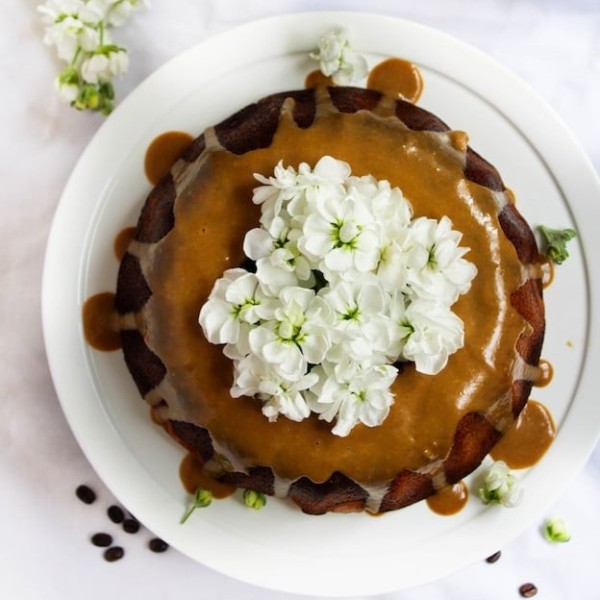 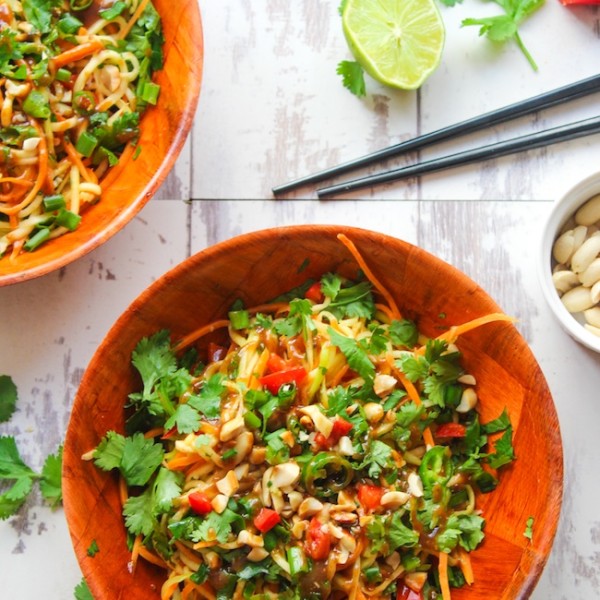