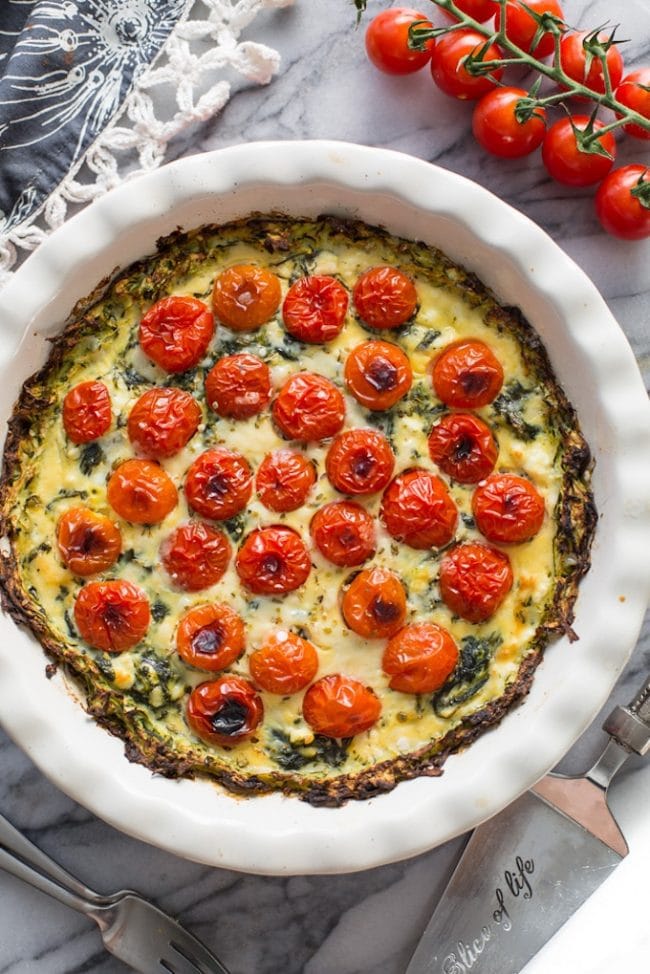 Can I interest you in a slice of this low calorie, low carb Zucchini Crusted Tomato Spinach Feta Pie?

It’s perfectly cheesy, easy and full of good summer vibes. I’ve currently got ALL the heart eyes for this stuff right now.

I’m especially in love with the ease of this kind of lunch/dinner right about now. Mike & I have been gearing up to move soon so we’ve been busy tidying and packing. I’ve been living off of leftover pie for lunch the past week or so and it’s still just as good as it came out the first day.

While this pie does take a little over an hour to make altogether most of that time is spent cooking the crust and filling, so the actual hands on time is pretty minimal and nothing too challenging. 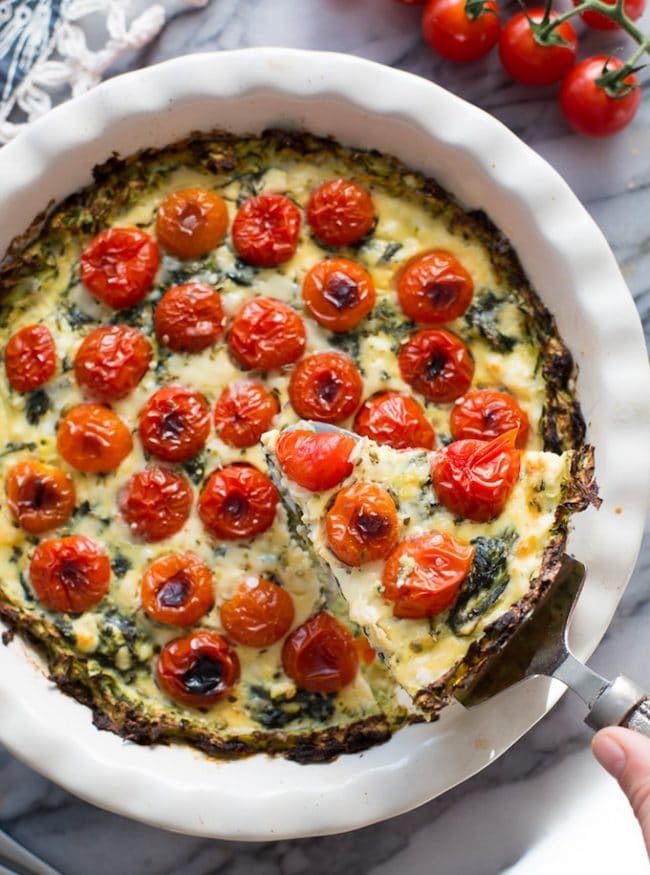 The crust is made up of grated zucchini, salt, pepper and an egg. The most difficult part here will be grating the zucchini but that’s probably more tedious than challenging. The main thing to keep in mind with the crust is that you’ll want to squeeze out as much excess moisture in the zucchini as you possibly can. The more moisture left in the zucchini, the soggier your crust will be.

That being said, the crust itself will probably look and feel a little soggy once you mix in the egg and that’s totally fine! The excess moisture here will cook off once it bakes and you’ll be all set. 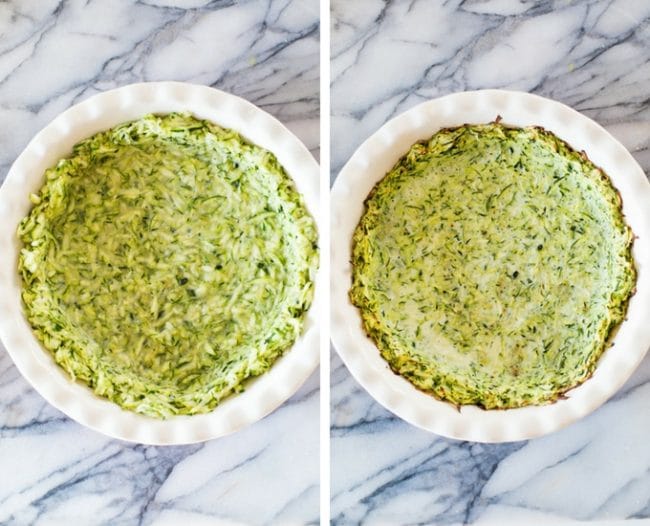 Start out by wilting the spinach. Just load up a large, non stick skillet with your spinach, cover and let wilt on a medium-low heat. It should only take a minute or two for your spinach mountain to reduce down to the size of a fist.

While the spinach is doing its own thing, move on to the eggs and feta. Quickly whisk together your eggs before mixing in the crumbled feta. Nothing to it. When you’re ready, stir in the wilted spinach and then set the filling aside until it’s ready to go in the crust.

Note about the tomatoes:

I highly recommend scooping out the seeds in the tomatoes here before adding them to the pie to bake. Seeds and their surrounding watery membranes are…..well, watery. If you bake this without scooping out as much as you can they’ll drain while cooking and result in a pie top covered in watery tomato juice. It will soak back into the pie for the most part after a minute or two, but I usually end up having to dab the top when I don’t core my tomatoes first.

When your crust is baked and you’re all set it’s just a matter of adding the filling and topping with the tomatoes. Place back in the oven and bake another 30 or so minutes until the tomatoes are starting to blister and the top begins to golden.

Serve this as an easy weeknight dinner or a healthy brunch option. Each slice contains about 100 calories and only 4 grams of carbs so you can feel even better eating this without feeling too heavy in the end. 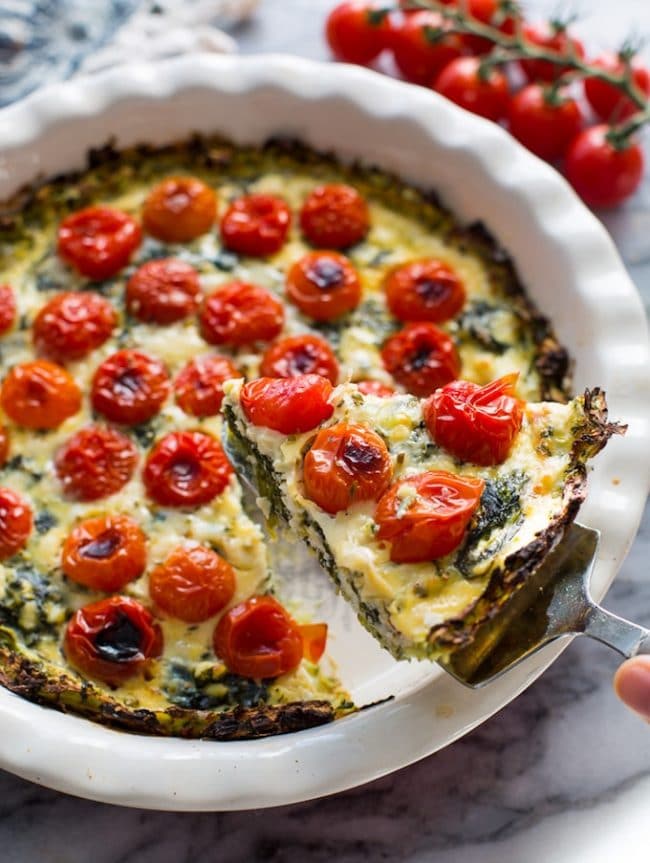 So how about that slice, eh?

Don’t forget to #asaucykitchen on instagram if you try this Tomato Spinach Feta Pie!  I love seeing what you make!  You can also post your pictures to my facebook page!

Did you make this recipe?