END_OF_DOCUMENT_TOKEN_TO_BE_REPLACED

Whether you’ve gone dairy free for lifestyle, environment or dietary reasons – there are so many things to factor in when it comes to dairy free options and choose the right milk substitute for you! This guide goes over a few tips, popular dairy-free milk options, and recommendations for commonly asked dairy substitutions.

Baking is a science. We’ve all heard it a million times. Cliche or not – it’s completely true! Want perfectly domed pumpkin muffins? How about soft and chewy chocolate chip oatmeal cookies? Or a rich and tender slice of vegan chocolate cake?

You need balance and science! Oven temperatures, protein, fat, dry to wet ingredient ratios, etc. This is especially true when it comes to allergy-friendly cooking whether that be with gluten free, nut free, or in this case – dairy free baking.

You’re never going to get quite the same results when swapping out dairy milk (with all of its useful protein and fat) for dairy free alternatives. That being said, with enough consideration you can still end up with very delicious (and maybe even better) results!

There is a lot of information packed in this post here so feel free to use the table of contents below to navigate right to where you want to go.

There are so many milk alternatives to choose from! While many of these milks could in theory work as a one-size-fits-all milk substitute, for best results you should consider what it is that you want to make to choose the best type of milk for you.

Made from (you guessed it) blended up coconut flesh and water, coconut milk is an extremely popular dairy free milk substitute. When it comes to gluten free baking, coconut milk is probably one of my favourites to use.

Because of the naturally occurring fat in coconut, coconut milk typically has a naturally thick, rich and creamy consistency. This actually comes in handy in relation to gluten free baking. A common complaint with gluten free baking is that baked goods often come out dry and a little stale. The high fat content and moisture from coconut milk helps combat those issues while also providing a mild sweetness.

It’s very important to understand the difference between using milk from a can and milk from a carton. If you’re following a recipe that calls for coconut milk it should specify which type to use.

Coconut Milk from a Carton

Unless you’re making homemade coconut milk, it usually has a lot more ingredients added to it (emulsifiers, gums and flavourings). The biggest difference is that coconut milk from a carton has more water which means it’s got a thinner consistency.

When you first open up a can of coconut milk you might find that it’s separated into two layers: one thin and watery and the other thick and creamy. Basically that’s coconut cream and coconut water. Just shake up the can before opening or whisk them together and you’re good to go.

Though made from the same ingredients, coconut cream is different from coconut milk. Coconut cream has more coconut and less water than coconut milk. It’s thicker, creamier and higher in fat. You can sometimes use coconut cream in place of canned coconut but I recommend using it sparingly (like a spoonful mixed into a hot drink) and only when the recipe calls for it.

Even though it’s made from blended up almonds and water, almond milk is fairly low in calories and cholesterol with very little protein. Many almond milk brands will also come fortified with added vitamins and minerals like Vitamin D, Vitamin B12, calcium and Vitamin E. These could be an important factors to consider when choose the right milk for you. It has a mildly nutty flavor and a light creaminess to.

I find that the quality of your almond milk and its texture really depends on what brand you choose. Some brands tend to make thin, somewhat watery almond milk while others are thick and have a more creamy taste. This will likely vary based on what additives are present in the milk. The less thickeners and emulsifiers, the thinner it will be.

I’ll admit that I don’t think I’ve ever done a whole lot of cooking and baking with soy milk. With the exception of using a bit of soy sauce and tamari every now and then I tend to avoid eating soy for the most part.

That being said, in doing research for this post I learned a lot about soy milk and I’m quite interested in maybe playing around with it more for baking. Soy milk is one of the most versatile plant based milk substitutes out there. It has almost as much protein as dairy milk, no cholesterol and usually fortified with essential nutrients required for those on a vegan diet.

Soy milk found in Asian countries are usually more fresh and have a much stronger bean taste while soy milk sold in Western countries are more neutral flavor.

Rice milk is made by soaking rice in water, blending it up and then straining out the solids. Rice milk has been around for awhile as a good dairy free milk substitute, but it has lost a lot of that earlier popularity in more recent times to newer, trendier milk options.

Oat milk is made from rolled oats, blended with water and then strained of all the solids. It’s grown in popularity in the past year or so largely because of how well it works in hot drinks. It’s thick, has a mild sweet taste to it that’s not too overwhelming and it froths up fairy well in lattes (at least compared to most non dairy milk substitutes). 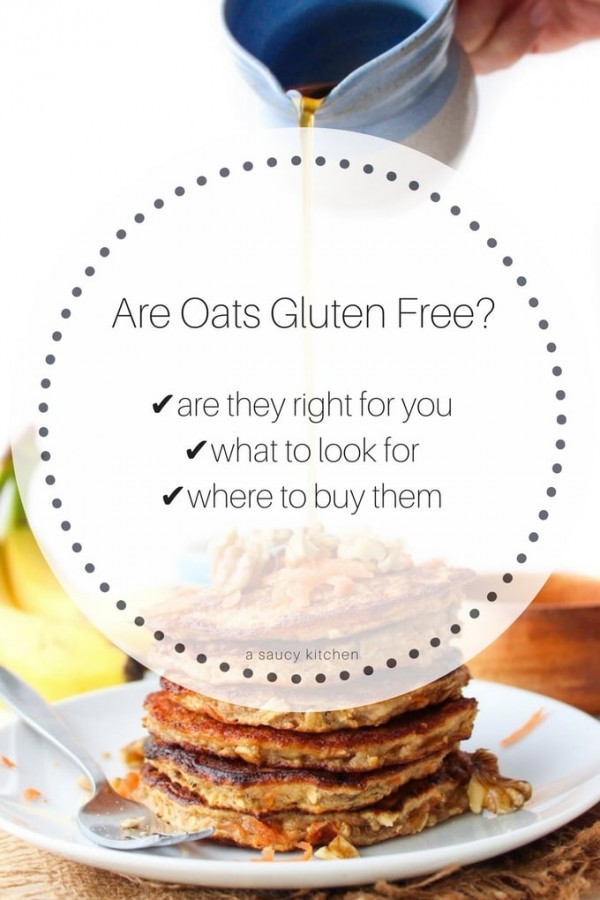 Yes and no – Oats are naturally gluten free but can often times become contaminated with wheat products during processing. To be safe you should always look to buy certified gluten free oats or oats that have been tested and shown to contain less than 20 parts per million ppm which is considered to be safe for Coeliac consumption in the US and the UK.

More About Oats on a GF Diet

There are SO many dairy free milk substitutes these days – the options are seemingly endless. A few alternative milks that deserve an honourable mentions that didn’t quite make the cut here:

What about Lactose Free Milk?

If you have to avoid dairy milk because of a lactose intolerance, you might be able to get away with using a lactose-free milk. Lactose-free milk is dairy milk that contains lactase. Lactase in an enzyme that works to break down lactose making in safer for those with lactose intolerance. This enzyme also is what makes lactose free milk sweeter to taste than untouched milk.

It serves as an acid to react with baking soda. This chemical reaction ultimately makes for light and tender baked goods. You’ll often see buttermilk used in things like cakes and pancakes for this reason.

In a pinch you can make your own dairy free buttermilk fairly easily.

Heavy Cream or Half and Half:

Heavy cream and half and half are usually used in recipes that need fat and texture.

One common issue when it comes to adding dairy substitutes to coffee and tea (and other hot non-dairy beverages): they separate from the heat. You can usually get around this problem by warming your milk before adding it to your coffee.

You should also consider whether or not you want to use sweetened, unsweetened or flavoured milk in tea and coffee. At the end of the day, what you choose to use in milk and tea will largely depend on you and your personal preferences.

When it comes to English tea, look to buy tea bags that are made specifically to be used with dairy free milk (like this one from PG). They contain tea blends to compliment soya, almond, coconut and oat!

You can also buy or make different nut powders, but they are more like fine-nut flour. Their high fat content also means that they don’t always work the same.

At the end of the day, the most important thing to factor in is you! What are your lifestyle preferences, food allergies, dietary needs and desires? While soy is a fairly popular choice for many vegans, it can be a non-option for others. Nut milks might not be suitable for children or your just might hate the taste of coconut.

While there are a few general rules of thumb to think about when it comes to cooking and baking with dairy free milk – you might just want to play around with a few different options until you settle on what you like the best.

What are your thoughts on non dairy milk substitutes? Have any favourites? Tips? Please share below if you have anything to add!

END_OF_DOCUMENT_TOKEN_TO_BE_REPLACED 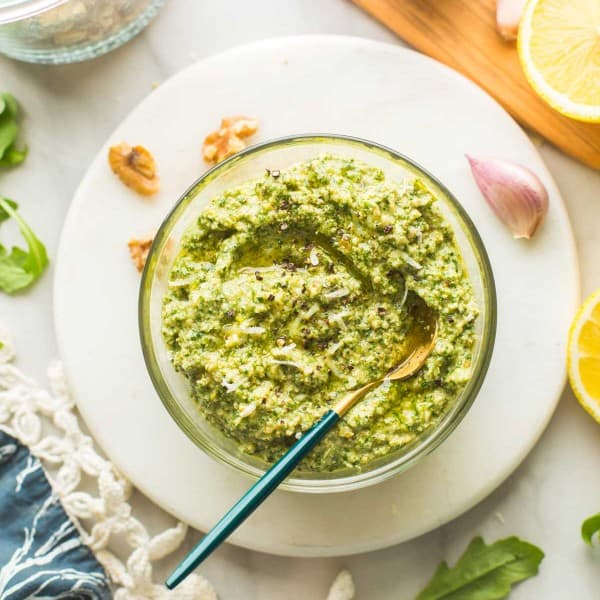 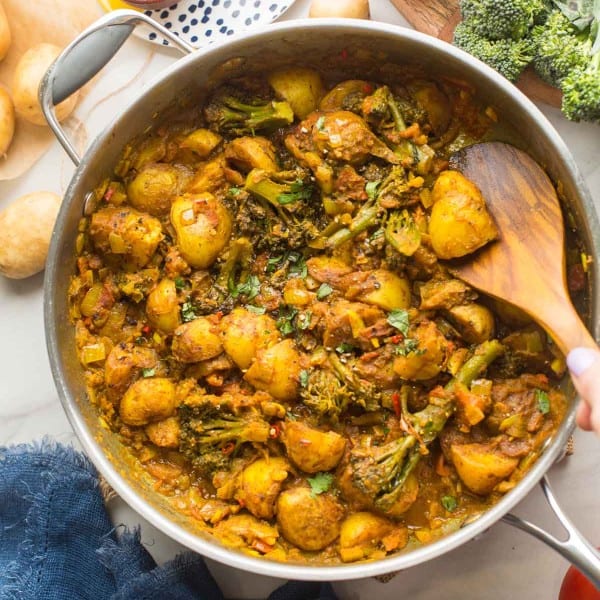